The night before Jesus died, He prayed, “Let this cup pass from me.” Fully human yet fully God, He demonstrates the depth of humanity’s sacrifice and the height of divine love in this prayer.

Jesus included two phrases with “let this cup pass from me.” The first, “if it is possible,” asked, in essence, if there could be any other way. The second, “not my will, but Yours be done,” demonstrated His submission to God’s will and plan (Mark 14:35).

Perhaps the nearest any of us can relate to Jesus’ prayer in the Garden of Gethsemane also stands at the crux between life and death. Because there, in that spot, when the fragility of physical life intersects with the reality of death, we discover that our will must ultimately submit to God’s.

From the depths of His agonized soul, Jesus beseeched the Father, “let this cup pass from me.” Physical death awaited. Also, the weight of the world’s sin loomed ahead. Horrifying and brutal events led to the cross, yet Jesus looked beyond the crucifixion to His anticipated joy.

“…who for the joy that was set before him endured the cross, despising the shame, and is seated at the right hand of the throne of God.” (Hebrews 12:2 ESV)

He looked for victory beyond the cross. Jesus would accomplish all that He had been sent to do. He counted our redemption worthy of the cross.

When Did Jesus Say “Let This Cup Pass from Me”?

When Jesus said, “Let this cup pass from Me,” He was just hours from His crucifixion. Jesus often went with His disciples to the Garden of Gethsemane. Gethsemane means “oil press.” The Garden probably lay at the foot of Mt. Olives, where groves of olive trees grew.

In the Garden, He fell on His face and pled, “Let this cup pass from Me.”

Jesus’ last week on earth contained exhilarating and sorrowful events. Shouts of “Hosanna” greeted his triumphant entrance into Jerusalem. He cleansed the temple and ate the Passover meal with His disciples. All the while, the drumbeat of hatred by rulers and religious leaders increased.

On that last night, the disciples shared a Passover meal with their Master. It would be their last before Jesus’ death.

Judas Iscariot kept the money for the twelve disciples. He pilfered its funds, criticized others for wasting resources, and finally betrayed Jesus to the chief priests for 30 pieces of silver. Judas left the others that night to betray Him.

Together they sang a hymn then Jesus led His disciples to the Garden. Jesus left them and went a short distance away to pray.

“Let this cup pass from Me,” Jesus petitioned on His face before the Father.

With the sorrow of His heart bare before the Father, He proclaimed in complete surrender, “Nevertheless, Your will be done.” He chose to do the Father’s will.

“Let this cup pass from Me,” petitioned three times, surrendered with, “Not my will but Yours be done.”

At the gate of eternity, accompanied by complete submission, “Let this cup pass from me,” brought total obedience.

Judas knew the Garden of Gethsemane well, having been there often before with Jesus. A great multitude sent from the chief priests, scribes, and elders came with Judas. Singling out Jesus with a kiss, the betrayer greeted his Master. Armed with swords and spears, the soldiers took Jesus away. Fear scattered the disciples. Everyone abandoned Him.

Why Did Jesus Sweat Blood?

Luke, a doctor as well as author, describes Jesus’ sweat like great drops of blood when He prayed, “let this cup pass from me.”

“And being in agony he prayed more earnestly; and his sweat became like great drops of blood falling down to the ground.” (Luke 22:44 ESV)

A rare medical condition, hematohidrosis, may explain this phenomenon. Brought on by acute emotional distress, it causes a breakdown of capillaries in sweat glands. In rare cases, it releases sweat tinged with blood.

Whether a medical condition or a simile, Luke portrays great suffering and torment. “Let this cup pass from me” shows His sorrow’s depth and unwavering obedience to the Father.

Why Did Jesus Feel Stressed in the Garden of Gethsemane?

Unfathomable emotion and love poured out for us as He knelt in the Garden. His agony acknowledged physical pain, abandonment, and spiritual suffering on the path to Golgotha. He recognized the cup of God’s wrath against sin, which would be laid on Him.

The Gospel of Mark records Jesus as troubled and deeply distressed (Mark 14:33). The original Greek text uses the strongest New Testament word for “depression” to describe Jesus’ state. Matthew says He was “overwhelmed to the point of death.”

The fact that an angel ministered to Him after great physical duress in the Garden (Luke 22:43) harkens back to when Jesus first began His ministry. After being tempted by the Devil in the wilderness and going without food for 40 days, angels ministered to Him. After the Devil left, Luke 4:13 tells us he did so “until an opportune time.” This may indicate that there were other occasions where the Devil appeared to tempt him or that Jesus didn’t just experience temptation then (Hebrews 4:15).

In both instances, His physical and spiritual struggle was grueling and real. Yet, mindful of the cost, He willingly laid down His life.

“For we do not have a High Priest who cannot sympathize with our weaknesses, but was in all points tempted as we are, yet without sin.” (Hebrews 4:15 NKJV)

Jesus’ unhesitating obedience assures us He not only understands our struggles. He also has compassion for us. He provides strength to triumph over sin.

When Did Jesus Predict He Would Be Crucified?

Jesus predicted His death several times in Matthew, Mark, and Luke. From our perspective, the events after Jesus prayed, “Let this cup pass from me,” seem expected. His predictions appear vivid and obvious in the Gospels, though more subtle in John. It seems as if His followers should have known what was coming. Living out the events, they could not comprehend what would happen.

Peter didn’t appreciate Jesus’ talk about suffering and death. After feeding a multitude, Jesus told His disciples how He would suffer, be killed, and rise again. But Peter drew Jesus aside and rebuked Him (Matthew 16:21, Mark 8:31).

Jesus defended Mary anointing Him with expensive perfume, saying to Judas, “you will not always have me” (John 12:7-8). He talked about His time being short (John 13) and promised the Father would send the Holy Spirit in Jesus’ absence (John 14:25). When Jesus and His disciples headed toward Jerusalem for the Passover, He again described what would happen. This time, however, the text establishes they didn’t understand because the meaning was hidden from them (Luke 18:31-34).

Jesus knew He came to die. He prepared those following Him so that after the events, they might understand.

“And now I have told you before it takes place, so that when it does take place, you may believe.” (John 14:29 ESV)

Why Was the Cup that Jesus Drank Necessary?

The cup that Jesus drank was necessary because Adam and Eve sinned. When God instructed Adam and Eve not to eat the forbidden fruit, He said they would die if they ate it. On that day, when they plucked the fruit and bit into it, their sin brought separation from a Holy God. Spiritual death came to all humanity, and physical decay began.

Romans 6:23 tells us the penalty for sin is death. “For the wages of sin is death, but the free gift of God is eternal life in Christ Jesus our Lord” (ESV).

In His anguished prayer, “Let this cup pass from me,” Jesus’ divinity and humanity both display themselves. The word “cup” in the original text, poterion, refers literally to a drinking vessel (or figuratively to one’s lot or experience). In several Old Testament passages, it symbolized divine wrath.

He gave up His life willingly. He suffered the Father’s divine wrath and died freely. He surrendered in complete obedience to the Father while knowing the cost of bearing the world’s sins. He chose to purchase our salvation. He did all this without sin.

The consequences of humanity’s first sin taint everything and everyone. Only a sinless Savior could pay the wages of Adam’s disobedience in the first Garden. Jesus bore the world’s sins as no one else could have, the perfect Lamb of God.

At a dying loved one’s bedside, in difficult relationships, in our days’ toil and labor, the chain of sin’s consequences continues. We desire the heavy cup to be lifted.

Complete submission to God’s will matters. When our souls cry, “Let this cup pass from me,” we get a tiny glimpse of what our Savior endured on the journey to the cross. At the crux of life and death, He demonstrated His love through submission to the Father’s will, in all its painful reality.

Throughout eternity we will praise Him because He loved us so much, He took the cup. 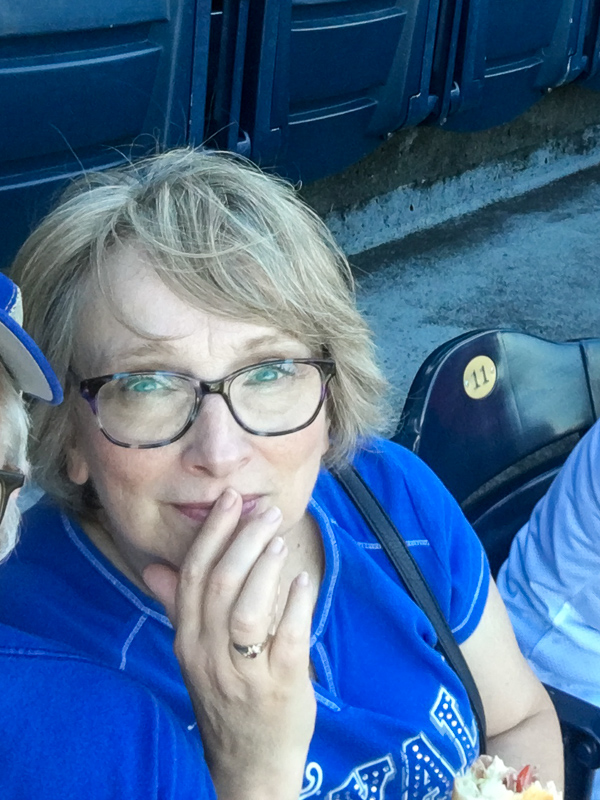 Sylvia Schroeder loves connecting God’s Word with real life and writing about it. She is a contributing writer for a variety of magazines and online sites. Sylvia is co-author of a devotional book and her writing is included in several book compilations. Mom to four, grandma to 14, and wife to her one and only love, Sylvia enjoys writing about all of them.

Her love for pasta and all things Italian stems from years of ministry abroad. She’d love to tell you about it over a steaming cup of cappuccino. Connect with Sylvia on her blog, When the House is Quiet, her Facebook page, or Twitter.

This article is part of our larger resource library of popular Bible verse phrases and quotes. We want to provide easy to read articles that answer your questions about the meaning, origin, and history of specific verses within Scripture's context. It is our hope that these will help you better understand the meaning and purpose of God's Word in relation to your life today.

This content first appeared on Crosswalk.com and is used here with permission. To view the original visit: https://www.crosswalk.com/faith/bible-study/why-did-jesus-pray-let-this-cup-pass-from-me.html