Suppose I were to tell you that last year my local church in rural Nevada hosted a community outreach event that attracted hundreds, if not thousands of families, who may have never previously touched the doorsteps of a church. Would you be excited and overwhelmingly positive about that event?

If I were to tell you that the event included secular music, face painting, jump houses, and fall decorations, would you slowly become suspicious? If I told you that the event took place the weekend before Halloween and not only did almost the entire church staff dress up in costumes, but we also passed out candy, would you then become incredulous?

If the answer is "yes," rest assured that you are probably not alone. Every year as October rolls into our view, the age-old debate of whether or not Christians should participate in Halloween celebrations stirs. There are valid and well-thought-out arguments from both vantage points.

Rather than wading into the waters of argument, perhaps the community of Christ would be better served to consider why we feel so apt to fight amongst ourselves in the first place. Certainly, whether or not we should participate in a holiday celebration of any sort is an excellent conversation to have. However, taking the time to engage in a civil conversation around those holidays and why we hold certain viewpoints on some and other viewpoints on others could be an illuminating task.

So, before you decide whether or not you'll participate in any holiday gathering your church hosts, consider the following:

1. Do I Fully Understand Pagan Roots? 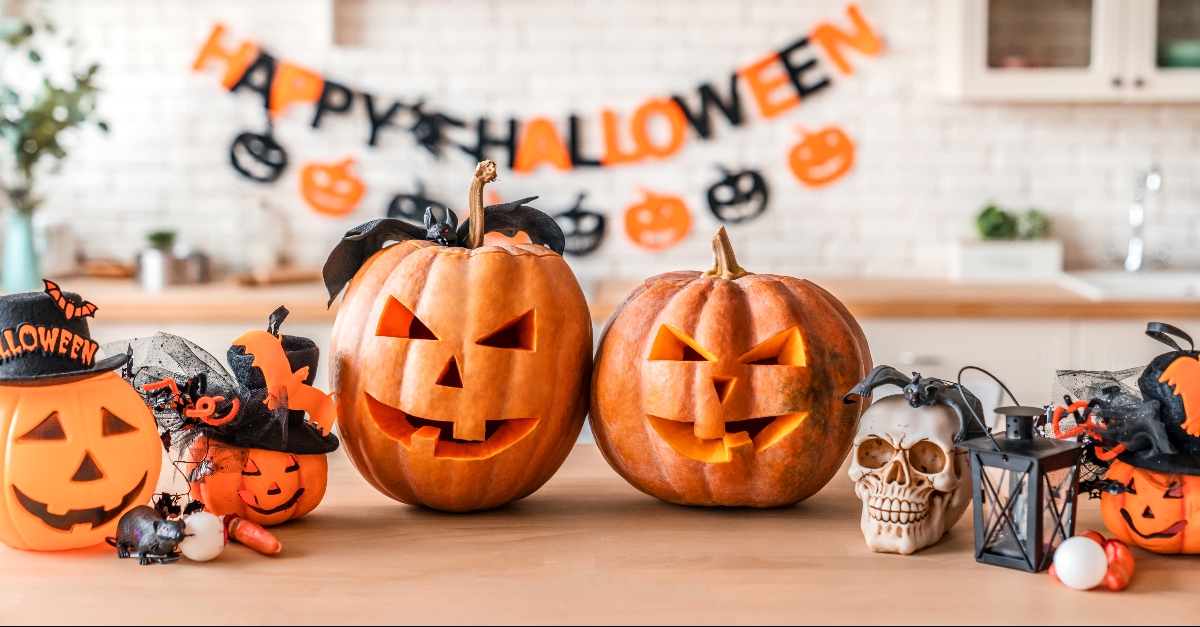 Growing up in a fairly conservative faith community, the idea of Halloween was taboo; some things don't change. Nevertheless, I enjoyed much of the same type of celebration at my church's annual "Fall Festival." We bobbed for apples—can you believe that we did that? Children today would be shocked. We searched around the "festival" for candy and little goodies. We dressed up in costumes—although they were pretty mellow, I vaguely remember one year getting to be a little pink pig.

"We're not celebrating Halloween," our pastor and parents would exclaim, "we're celebrating fall." But wait, isn't that kind of pagan too?

With a more critical glance, celebrating the fall season is no less pagan than hanging a Christmas wreath on your front door or singing Christmas carols. Yes, indeed, each of these seemingly innocuous customs is steeped in paganism. In fact, the majority of the holidays we celebrate today, from Valentine's day to Labor Day to many aspects of a traditional wedding ceremony, have their roots in pagan rituals. With this list before us, anyone might reasonably quip, "so perhaps fun is a pagan concept as well?"

Should we avoid Halloween or anything close to it because of its historical precedent? Which pagan holidays, as Christ-followers, should we participate in? Shouldn't we throw them out altogether if the holiday is rooted in paganism? Should we avoid everything? Indeed, there are sects within Christianity that do just that. However, perhaps there is a better way. Maybe this better way can be an example of redemption, not too unlike Christ's redemption for humanity.

2. Am I Following in the Footsteps of Early Christians?

Early Christians understood this tension as well. As the gospel began to spread from Jews to Gentiles and individuals were united under the banner of Christ, they found themselves having to navigate an all-new reality. Jewish customs and Gentile rites and rituals both came under scrutiny. Suddenly, Jews were released from dietary constrictions, and Gentiles were allowed to dine with Jews. This was unheard of prior to Christ's ministry, crucifixion, and resurrection.

We see in the account of Acts 10 that Peter, who had walked with Christ and observed the crucifixion and then had lunch with the resurrected Christ, was still being challenged to lay down his Jewish customs and bring the gospel to the Gentiles. In summary, Peter has a transformative dream in which the voice of God tells him, "Do not call anything impure that God has made clean," Acts 10:15. God is reminding Peter that Jesus' blood has made clean what was once unclean. In effect, Jesus bridged the gap from Jew to Gentile.

As the gospel message began to take root in the hearts of the first century, many leaders were confronted with the issue of paganism. At the time of Paul's epistles, he speaks clearly to the leaders of churches addressing paganism and, in several accounts, even going so far as to quote pagan-thinkers. Look at Acts 17:28, 1 Corinthians 15:33, Titus 1:12.

Paul's intent was not to endorse these philosophers but to bridge the gap and take the gospel message beyond the Jewish community.

Later, Christian leaders acknowledged the issue of paganism in their own context and began redeeming it for the very same purpose as Paul—to spread the gospel to unbelieving people and nations; that is another history lesson for itself. In short, these leaders took the pagan and redeemed it.

3. Am I Practicing Grace? 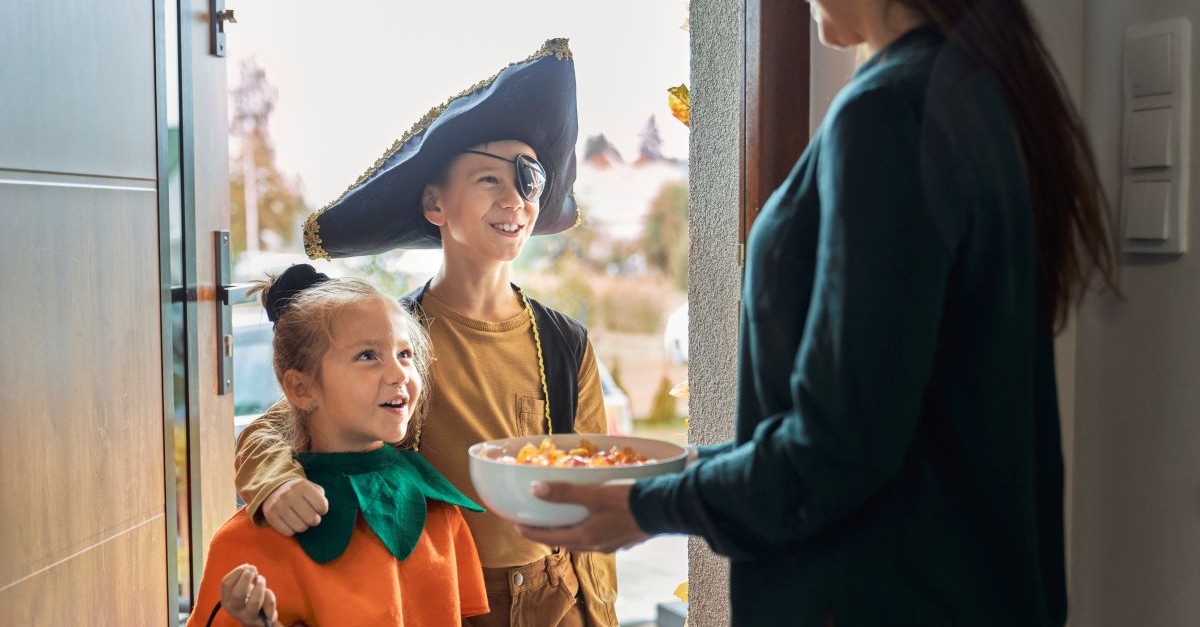 Although several pagan holidays have been converted to Christian (or seemingly Christian) holidays over the past two thousand or so years, maybe you've still landed in the camp of avoiding anything with pagan roots. That's okay; I'm not trying to convince you otherwise. Or conversely, you land firmly in the "conquer and redeem it" category. Again that is okay.

Ultimately, wherever we land on this issue, we will find ourselves in good company with good Jesus-loving people. We see this all the time in the body of Christ, issues that divide us. Sometimes the problems are as small and seemingly insignificant to the whole of our theology (I would probably place the Halloween debate in this category). Whereas some of our theological differences will be incredibly weighty, having the propensity to divide or potentially even destroy relationships.

We may, and most likely will, disagree with fellow believers at some point in our lives, and when this happens, we are presented with an opportunity to emulate what God demonstrates for us. In our own humanity, we will most certainly fall short. Our emotions will get the better of us. We might be quick to speak and slow to forgive. Such is our lives being worked out and refined for God's glory. When we do find ourselves wanting to wade into debate, perhaps for the sake of discussion itself, might we pause and reflect on the profound grace and forgiveness we have been provided? Might our ultimate theology be a theology of love?

4. Am I Practicing Discernment?

So, as we evaluate the upcoming fall festivity, should we acknowledge its roots and consider repurposing it? For each of us, that is a question to wrestle out in prayer and time in the Word. We cannot answer that question for each other, nor can we truly provide an end-all line of argumentation in either direction. What we can do, however, is love people well no matter what side of the coin they fall on and otherwise keep our opinions between God and ourselves.

For myself, I'll be out there this fall with my car trunk decorated like the ocean, dressed up like a mermaid for the enjoyment and thrill of my redheaded 7-year-old daughter, who imagines herself as a real mermaid with land legs. I'll be passing out copious amounts of candy, smiling, and inviting members of my community to join us for church the following Sunday.

And for you, wherever you stand on this issue, I pray that the peace of the Lord is upon you and that the Holy Spirit communicates clear ways in which you can bridge gaps and bless the people God has placed in your sphere of influence.

Rachel Baker is the author of Deconstructed, a Bible study guide for anyone who feels overwhelmed or ill-equipped to study the word of God. She is a pastor’s wife and director of women’s ministries, who believes in leading through vulnerability and authenticity. She is a cheerleader, encourager, and sometimes drill-sergeant. She serves the local church alongside her husband, Kile, in Northern Nevada. They have two amazing kiddos and three dogs. Rachel is fueled by coffee, tacos, and copious amounts of cheese. For more on her and her resources to build your marriage, see her website: www.rachelcheriebaker.com or connect with her on Instagram at @hellorachelbaker.

This content first appeared on Crosswalk.com and is used here with permission. To view the original visit: https://www.crosswalk.com/special-coverage/autumn/points-to-consider-before-attending-your-churchs-fall-celebration.html