Life can be so demanding. Parenting, relationships, staying healthy, serving at church… Add to that, those of us who desire to be effective in our work not only as successful career-minded individuals, but also as Christians.

How do we make the best impact? How do we mix our faith with a don’t-offend work culture? Can we even be bold in our testimony without sabotaging our livelihoods?

Having been in the workforce for over twenty-six years, (I know, to some of you I’m still a baby, to others, man, I’m on my way to retirement . . .), I’ve experienced many of the challenges associated with trying to be effective as a Believer and also walk the fine line of workplace politics. There were a few things I figured out relatively quickly:

In fact, I’ll be honest, there have been low points in my career where I’ve either become so discouraged that I’m working an empty, eternally meaningless job, or I’m just burnt out trying to be a witness and therefore I quit altogether. Neither scenario is effective. Neither scenario has any ROI, if there’s been any investment to begin with.

So, let’s approach effective workplace Christianity through the lens of, well, business:

1. Take Inventory of Your Strengths

This one sounds like a no brainer, but let’s dive a bit deeper. What are your strengths? Do you really know them? And strengths aren’t always “I’m mathematically a genius”, nor is it “I’m good with people.” Those are strengths, yes, and don’t underestimate them.

But those are the easy strengths to write down and point out to yourself. I’m talking about your Spiritual strengths. The strengths God has incorporated into you that you haven’t taken stock of lately. Are you particularly empathetic? Are you able to disassociate from your emotions and assess a situation through a very logical lens? Are you a good listener? Do you have a strong grasp of theology or apologetics? Is teaching your special skill?

I love the Scripture in I Corinthians 12:1, where it states “There is one body, but it has many parts. But all its main parts make up one body. It is the same with Christ.” There’s something to be said about this when you take inventory. Which leads me to the next point...

Have you ever said to yourself, “I wish I was more..."

I have. I’ve envied my sister’s ability to empathize with others. My way of dealing with tough issues is to giggle hysterically because I’m not sure what to say, or to see some logical way out of the situation and be all, “well, if you did this then this wouldn’t happen.”

It’s embarrassing, either way I spin it. I’ve also envied my husband’s ability to lay out evidence for why he believes what he believes in such a way that even a lawyer would have a difficult time poking holes in his argument. Ask me to prove my beliefs and I suddenly have oatmeal-brain.

Then, there’s the whole envy thing when a Christian friend tells of a charismatic salvation experience they had with a co-worker where they led them to Christ right in their office and you could hear the angels singing. I typically witness by biting my fingernails and staring at the person like a caged rabbit.

Instead of comparing yourself, learn that everyone has different skill sets, even as Paul the apostle stated there are many parts to the body. If the liver spent all day envying the heart, we’d have serious issues. A medical 911.

So, it is within the body of Christ. We all have been given different strengths. Maybe you’re not as fond of yours, but it’s time to put the focus on them and end the envy of what God hasn’t given to you as your job to do.

So maybe, instead of intelligently arguing my religious evidence, I’m actually the person whose just darn good at building relationships. Solid ones. People tend to drift into my office just to drink their coffee. I don’t believe I’m a particularly good listener, nor am I super great at empathy, but my strengths are caring and loyalty.

So in the workplace, if I embrace those two strengths, my employees leave my office not only knowing that I care about them, their life, and even their problems, but I’m so loyal I will legit go to war on their behalf.

But how does that make me effective?

3. Be Strategic with Your Strengths

Really, being an effective Christian does not mean evangelizing at the water cooler or standing in the middle of the office and proclaiming the love of Jesus. In some ways, I think that’d be easier, right? If we could just stand up, say the salvation message, and be effective?

But people don’t work that way. People are walking souls. This means, they have immense depth, opinions and beliefs that have been shaped by people and circumstances, and often, they’re diversely different from us. Getting Jesus-slapped is highly offensive to them—at least that’s how they may view it. Jesus often doesn’t get associated with warm fuzzies, or a tolerant religion, or even a positive vibe.

So how was Jesus Himself strategic with his strengths? (And, I know, I know, He possessed all the strengths, but bear with me on this!)

Think about the time the storm was raging around his co-workers. So hard the boat was potentially going to pull a Titanic and take them all down. Where was Jesus? Exercising the strengths of faith and rest.

He had faith He could still the storm and He rested in the fact knowing not a thing was out of control. His co-workers reaction? “WAKE UP!”

They then took notice of Him. Of what He’d been doing, how He handled the situation utilizing the strengths he had, and the effectiveness of the outcome.

Yes, I get that we’re not the Master of Creation and don’t have supernatural powers to shock people into silence with our strengths. But the point is, sometimes it’s just using our strengths and using them hard. Being aware of them, accepting them, and then when they’re called upon, humbly rising up and using them.

Letting the effects of those strengths soak in, set you apart, and maybe, even inspire some questions. 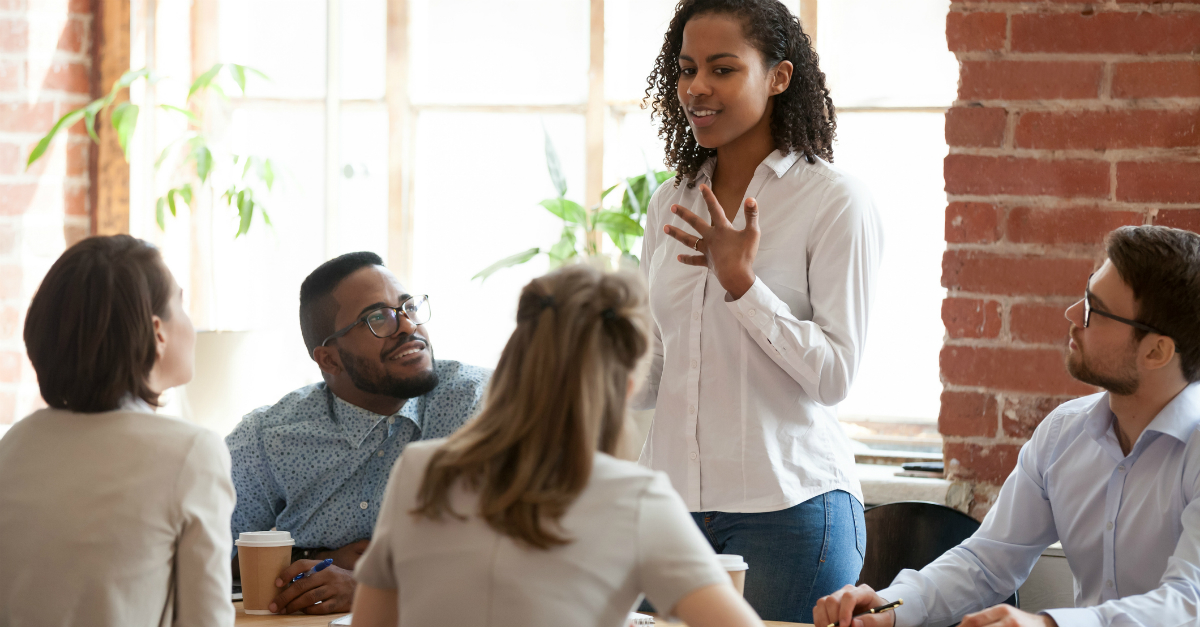 You see, let’s face it. We live in a work culture that is out for self-preservation and self-advancement. The concepts of servant-leadership, sacrificing for someone else, and even recommending someone as more capable than you at a task, is not a common occurrence.

So, step back and view it from the lens of someone who hasn’t been blessed yet, to experience the love and grace of Jesus. To experience the fact that He may not be warm and fuzzy, but He is powerfully compelling. Many haven’t experienced being the one the receiving end of someone who actually cares and is willing to fight for them, or someone who they can receive a platonic embrace from and safely cry knowing they’re being understood on a deep level.

Perhaps, they’ve not experienced someone who is actually honest. Someone they don’t have to second-guess whether there’s authenticity or manipulation.

When you put into practice the fundamental strengths given to you by your Creator, what you are doing is putting into play effective, non-verbal, action steps. Recall the old adage, “Actions speak louder than words”?

I had a co-worker who spent a lot of time coming to my office to “shoot the breeze.” Eventually, we started talking about everything under the sun—except religion. Because our jobs shoved us together often, we had to work side by side quite regularly, and they became someone I truly cared about as a person.

When circumstances popped up that were particularly tough, I went to bat for them, fought for them, and in turn the company. Sure, I was their supervisor, but I was also someone using my strengths. About two years (TWO YEARS!) into the working relationship, they popped into my office one day, sat down, and literally asked: “why do you believe God is real?”

Of course, I immediately realized answering that was not one of my strengths, but you know what? It was okay. My other strengths: care and loyalty, had laid a foundation of trust. So, I didn’t have to go to court to prove my faith. My co-worker trusted I was being authentic. Granted, they didn’t drop to their knees and accept Jesus, but I was able to then draw on the strengths of others and provide them with resources to help them dive deeper into that question.

I received a video today—five years later—of their daughter singing a worship song at the top of her lungs about Jesus in the back seat of their car. I’m still not 100% sure where they’re at Spiritually, but you know what... there was effectiveness in the workplace.

Allow yourself to take some time to take inventory. Accept what you find in your toolbox. Then make a plan to use wisdom and strategy. You’ll be surprised that, by the grace of God, great effectiveness is in store.

Jaime Jo Wright is the winner of the Christy, Carol, Daphne du Maurier, and INSPY Awards. She's also the Publishers Weekly and ECPA bestselling author of three novellas. Jaime works as a human resources director in Wisconsin, where she lives with her husband and two children.

This content first appeared on Crosswalk.com and is used here with permission. To view the original visit: https://www.crosswalk.com/faith/spiritual-life/how-to-use-your-strengths-to-share-your-faith-at-work.html