Women and Girls in Afghanistan Are 'Petrified'

These headlines were published within the last month of this writing.

Are there tinges of fear, annoyance, or maybe even rage as you glimpse them? As for me, when I compare these headlines to the New Testament, one verse bubbles up to the surface:

“You should know this, Audrey, that in the last days there will be very difficult times.” (2 Timothy 3:1, NLT)

OK, so I substituted Timothy’s name for my own, but that’s because the verse so aptly defines the days I live in.

God’s Word, not just this specific verse in Timothy, was written for such a time as ours. There are strategies buried within the Bible for our disposal—not only to survive, but to also triumph over bleak days (Romans 8:37).

The aforementioned headlines only represent a handful of pressing issues affecting us today. I’d be hard-pressed to name an area in which biblical and godly values have somehow escaped ferocious assaults from the god of this age (2 Corinthians 4:4). The fact that we face multiple challenges on many fronts can overwhelm us straight into apathy. Indeed, Jesus forewarned us how the increase of wickedness will make the love of most grow cold (Matthew 24:12).

The hostile atmosphere we live in renders prayer and fasting obsolete. Instead, we need prayer, fasting, and doing what’s required. But what is that? Only the Lord has the answer, so ask Him. Which of our society’s areas of influence does He want you to invest resources in—the sanctity of the family, arts and entertainment, economy, religion, education, government, media, or something else? Once you receive your marching orders, focus on your assignment and wage the good fight of faith there (1 Timothy 6:12), keeping in mind that our war is never against flesh and blood, but against the spiritual powers behind them (Ephesians 6:12).

If upsetting development unfolds in areas outside your assignment, lend your prayers and resources for them if you are led to do so, but don’t spread yourself too thin. Stay single-minded on your main mission.

Even if you follow this advice, however, waging spiritual warfare is still wearisome. Here, then, is another way to abandon apathy.

The languid days of rare breaking news have clearly ceased. Stories develop at a breakneck pace. Every day seems to scream at us more unsettling announcements. The instant availability of non-stop information taxes us with more reasons to fret.

All of the above should compel every 21st-century believer to schedule regular downtimes.

Taking regular breaks looks different for different lifestyles. Some may need to skip the news (or social media) for a few days (or longer). Others may benefit from taking an extended vacation, not just a staycation. The point is, there is much to be gained by following David’s lead in camping out beside still waters (Psalm 23:2). Don’t get me wrong—scheduling a downtime does mean indulging in hobbies we crave. But if we take it a step further and invite the One who crafted our soul into our respite, we’re also allowing Him to restore us (Psalm 23:3).

Only by having our souls restored on a regular basis can we return to the troubled world while maintaining a “good cheer” (John 16:33).

When God laid down the laws for doing warfare for Israel, He detailed four categories of exempted candidates. The following would have been disqualified from serving as soldiers: new homeowners, those with recent vineyard acquisitions, eager fiancés, and fearful men. God gave the same reason for all but the last category—so these men could enjoy their houses, vineyards, and wives (Deuteronomy 20:5-7).

Only the last group of candidates—those who were afraid of joining the army—received a different rationale. Deuteronomy 20:8 (NLT) explains, “Is anyone here afraid or worried? If you are, you may go home before you frighten anyone else.” (NLT)

Fear is a vile evangelist. It aims to convert others to embrace the same tormented state as itself. It’s quick to spread terrorizing news, latches on to panic-inducing narratives, and seduces us into believing worse things are ahead.

The days we live in may be fraught with tension—but we don’t have to let fear navigate the way forward. 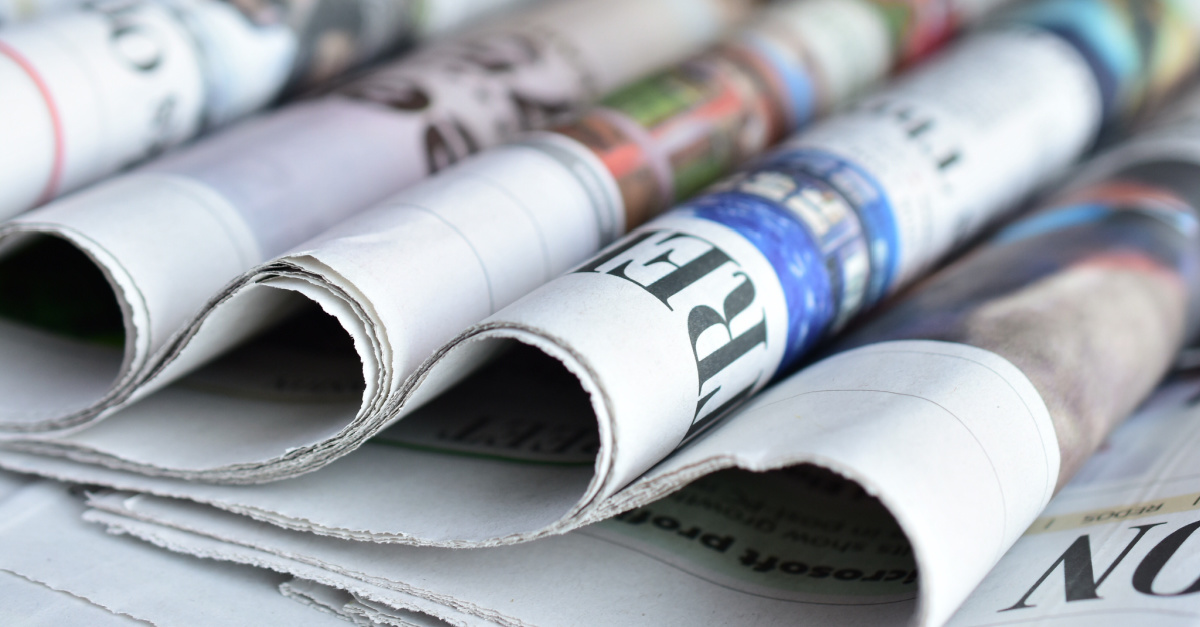 Picking sides comes naturally to us. Whether to wear the mask or not, whether to get vaccinated or not, and whether you view Texas’ abortion ban as a win or with a wince, being polarized has never been easier.

Even biblical characters engaged in a similar mindset. For instance, let’s talk about Joshua, Moses’ successor. After this obedient warrior led the children of Israel into the Promised Land, and while he was scouting Jericho, Joshua encountered a stranger with a drawn sword. He skipped through pesky small talks to express what was clearly important to him.

The problem with an us/them thinking is it empowers others who disagree with us to double down on their opposite perspective. When this happens, watch out; division is about to hatch. Jesus prophesied how divisiveness leads to a gruesome conclusion: “the time is coming when anyone who kills you will think they are offering a service to God” (John 16:2).

We can readily understand the first part of the verse. Scores of people have murdered others and, for whatever reason, there’s a segment of society that does traffic in murder. But who would be so deluded as to committing murder and attributing it as an offering to God?

Answer: religious-minded individuals—because those who don’t care about religious matters wouldn’t retain God in their consciousness, much less consider anything they do as an offering.

So then, how can anyone religious fall prey to such an outrageous error?

Here is one answer: it’s easier to justify inflicting harm against a member of a camp we bitterly oppose. Things may start off by us communicating our opinions, which they strongly oppose. This difference may escalate to a fierce argument. If emotions take over, verbal sparring can further escalate to a physical altercation, which can then lead to murder. Indeed, when fully groomed, division dead-ends in murder. Doesn’t 1 John 3:15 say as much?

Let’s not even tiptoe toward the day when we condone the murder of another human being as a religious act. In other words, let’s ban the spirit of divisiveness from sprouting in our hearts.

If you’ve read the bonus chapter of my book, Surviving Difficult People (You can claim a free copy of the bonus chapter here), you’ll know that even CEOs of companies can harbor a fear of conflict. Conflict avoidance has clamped some of our mouths shut, preferring to hide our true colors than to see our worst fear displayed—offending another person and/or igniting a raging conflict.

This is why Psalm 58:1 made me gulp. “Do you indeed speak righteousness, you silent ones?” (NKJV).

Those words carry considerable conviction. The verse questions my motivation for selecting silence. It probes whether my silence pleases God.

Does this verse spur you to speak up? Great. But don’t speak from an us/them mentality. Joshua—the same one we read about a few paragraphs ago—learned this lesson after he asked the sword-wielding stranger to pick sides. The account continues:

“Joshua went up to him and asked, ‘Are you for us or for our enemies?’ ‘Neither,’ he replied, ‘but as commander of the army of the LORD I have now come.’ Then Joshua fell facedown to the ground in reverence, and asked him, ‘What message does my Lord have for his servant?’” (Joshua 5:13-14).

Notice how Joshua’s visitor refused to take sides. After realizing this, Joshua fell facedown and quickly dismissed his divisive thinking.

It wasn’t until Joshua did so that he had the space to ask for a divine message.

When we refuse disunity is when God can entrust us with what to say.

None of these strategies will work if we lose touch with Jesus. To engage the culture biblically without burning out, we need continual intimacy with the Lover of our soul. He needs to remain first and central in our lives—no matter what. The unending love He reserves for us is the very force that will replenish us (Jeremiah 31:25) and tenderize our hearts even toward those we consider abhorrent.

Audrey Davidheiser, PhD is a California licensed psychologist, certified Internal Family Systems therapist, and author of Surviving Difficult People: When Your Faith and Feelings Clash. She founded and directed a counseling center for the Los Angeles Dream Center, supervised graduate students, and has treated close to 2,200 clients. Dr. Audrey devotes her California practice to survivors of psychological trauma. Visit her on www.aimforbreakthrough.com and Instagram @DrAudreyD.

This content first appeared on Crosswalk.com and is used here with permission. To view the original visit: https://www.crosswalk.com/faith/spiritual-life/biblical-strategies-to-combat-current-headlines.html