Do not boast about tomorrow, for you do not know what a day may bring. – Proverbs 27:1

"Tomorrow is not promised," or "Tomorrow is promised to no one" is a phrase widely associated with Walter Payton, one of America’s most beloved football stars. In fact, if you Google the phrase, Payton’s name and picture are as likely to come up as a scripture reference. This phrase originated in the book of Proverbs. Why is this verse important? What promises did God make to us about the future?

What Does 'Tomorrow Is Not Promised' Mean?

Proverbs 27:1 tells us that there is no guarantee the new day will bring opportunities to correct mistakes. For Payton, any injury or illness had the potential to prevent him from playing the game he loved; so he championed this sentiment. He wasn’t satisfied with merely “better luck next time.”

But there is a worse fate than missing the chance to do the things we enjoy in this life. Try to talk to your friend about salvation and she might say “I’ll talk with you about Jesus another time. I’m not into that stuff right now.” What if she dies in her sleep that very night? Anyone who rejects Christ will spend eternity apart from God.

Where is this Phrase Found in the Bible?

1. Proverbs 27:1
Do not boast about tomorrow, for you do not know what a day may bring.

We mustn’t brag about our plans, or sink our hopes in them. God wants us to hold our dreams and plans loosely and say “not my will but Yours be done.” (Luke 22:42)

The Father beckons us to rest our hopes in His version of tomorrow. Psalm 37:4 tells us to delight in God and He will give us the desires of our hearts. This means that because we love God, we want Him to inform our hearts’ desires. Let Him tell you what His plans are...and be willing to follow. Die to self and, if necessary, give your very life for Christ.

2. James 4:13-15
Now listen, you who say, ‘Today or tomorrow we will go to this or that city, spend a year there, carry on business and make money.’ Why, you do not even know what will happen tomorrow. What is your life? You are a mist that appears for a little while and then vanishes. Instead, you ought to say, ‘If it is the Lord’s will, we will live and do this or that.’

James was worried that people were wasting their short lives and needed to rearrange their priorities. “Blessed is the one who perseveres under trial because, having stood the test, that person will receive the crown of life that the Lord has promised to those who love him.” (James 1:12)

He boasted in suffering because his reward would be better than money. Wealthy non-believers who guard riches should instead “take pride in their humiliation—since they will pass away like a wildflower.” (James 1:10)

We’re better off storing up “treasures in heaven, where moths and vermin do not destroy, and where thieves do not break in and steal.” (Matthew 6:20) 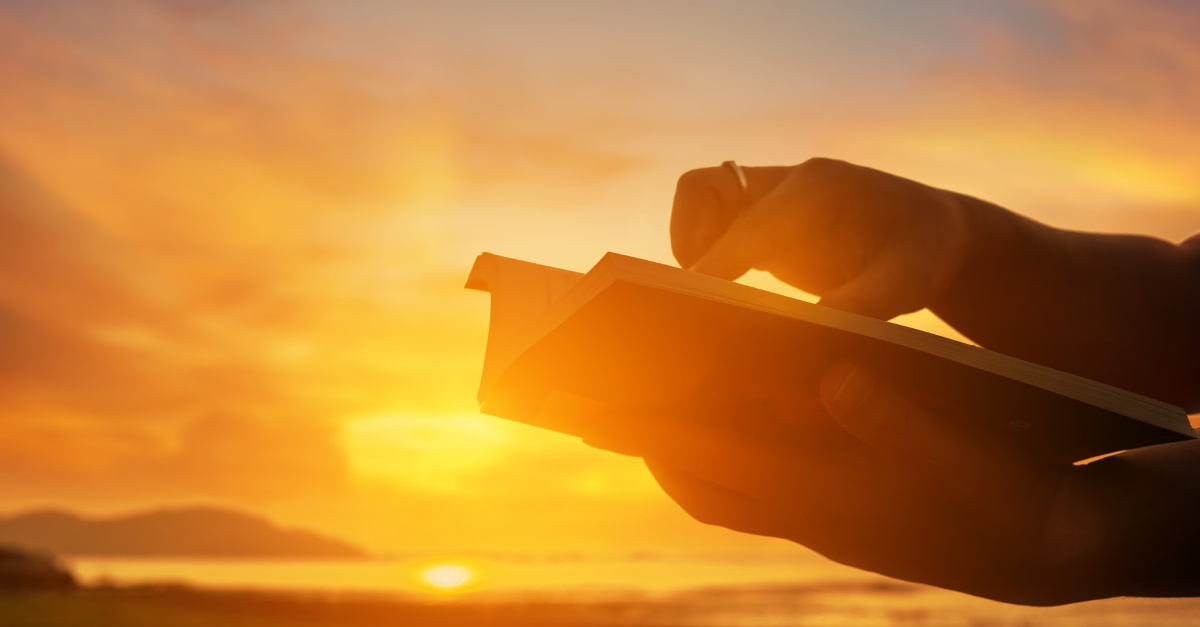 What DOES the Bible Promise about Tomorrow?

Over and over, the Lord tells His people that He will do something—tomorrow. He gives His people a chance to prepare themselves. In Exodus, for example, He warned Moses of the plagues before they came so that the Israelites could avoid the flies, locusts, and other trials Egypt faced. God gave them time to paint their doors with the blood of a lamb and protect their children from the angel of death.

In 1 Samuel 19, David was warned about Saul’s plans to kill him “tomorrow,” giving the young man a chance to flee and prepare his defense.

When the Israelites offended the Lord before facing their enemy, He provided an opportunity for redemption. “Go, consecrate the people. Tell them, ‘Consecrate yourselves in preparation for tomorrow.’” (Joshua 7:13) The Lord frequently offered His people a second chance.

Hebrews 3:13 says “But exhort one another every day, as long as it is called “today,” that none of you may be hardened by the deceitfulness of sin.” Tomorrow might be too late to encourage your friend’s failing faith, which is an important part of fellowship. Help other Christians to defend themselves against tomorrow’s temptations through repentance and prayer today.

Chillingly, our tomorrows will run out. His promises are sometimes warnings. God’s people sometimes remained stuck in sin which they were warned to turn from. Eventually, Israel faced the wrath of their Lord. Saul called upon Samuel’s spirit, and Samuel told him “because you did not obey the Lord” He will “deliver both Israel and you into the hands of the Philistines, and tomorrow you and your sons will be with me.” (1 Samuel 28:18-19)

Amos 6:1 warns “woe to you who are complacent in Zion.” God will “deliver up the city and everything in it.” (v.8)

What Does Jesus Say about Tomorrow?

People worry when the future is uncertain. They always have, and they always will. “Do not worry” Jesus says—over and over. I wonder how many times I have to hear Christ say this to me before I’ll trust and obey! He says “do not worry about tomorrow, for tomorrow will worry about itself. Each day has enough trouble of its own.” (Matthew 6:34)

Tomorrow is in God’s sovereignty, not ours.

Jesus sometimes waited for tomorrow, however, before acting. Jesus did not rush to Lazarus’ side when Mary and Martha sent for Him. He took His time, then wept before the tomb. Rhonda Stoppe commented “this is the character of Christ. Even though He asks you to trust Him when life doesn’t make sense, Jesus feels your pain and grieves with you, even though He knows the good that will one day come from your trial.”

In Lazarus’ case, Christ was making several statements at once, timing His arrival for maximum impact. It was better that He arrived “tomorrow” rather than “right now.” 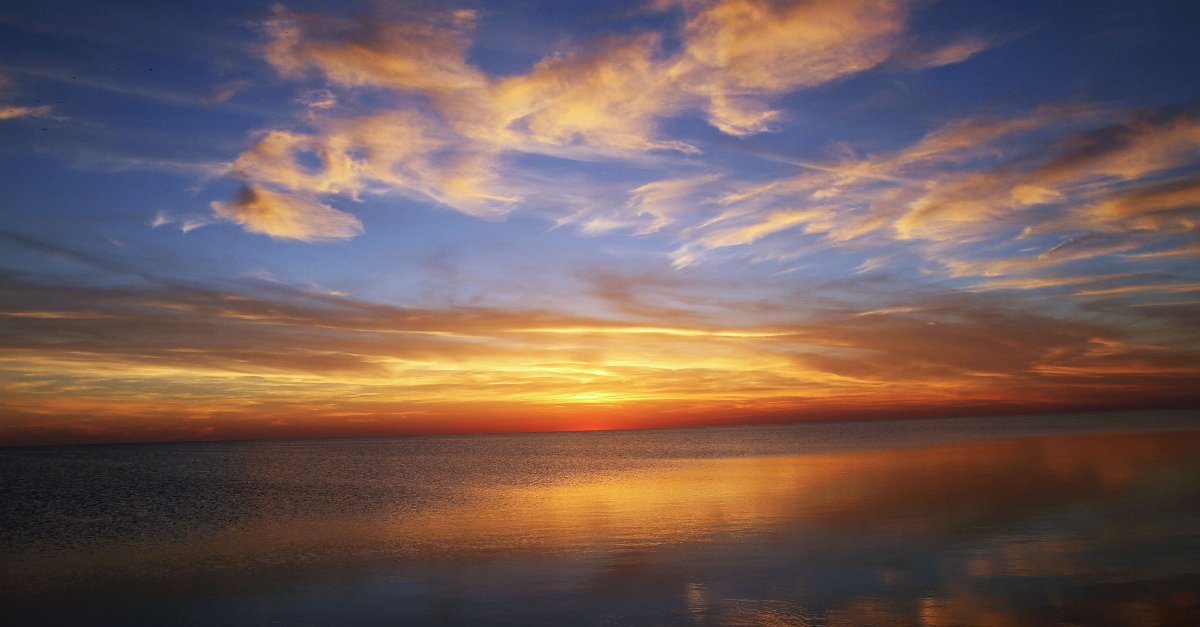 How Christians Can Embrace the Future with Faith

The death and resurrection of Lazarus sends important messages about waiting on Jesus for tomorrow:

1. Remember, Jesus overcame even death. Whatever seems worst to us now is, in fact, surmounted by Jesus eternally. Even death is no match for our Savior.

2. Know that God is with us in the midst of pain. While we wait for a problem to resolve itself tomorrow, Christ demonstrates His comfort now. We are reminded to make Jesus the object of our longing today. His “yes” isn’t as important as His presence.

3. Entrust tomorrow to Jesus. Jesus wants our trust. He makes many promises beginning with “I will” (future tense). Do we believe God when He says “I will come back and take you to be with me that you also may be where I am”? (John 14:3) When Christ says “you may ask me for anything in my name, and I will do it,” (John 14:14) can we rest in that right now?

4. Accept that time runs out eventually. Jesus used Lazarus’ death and resurrection to foreshadow His power over the grave, but there is still a time of death and judgment coming. Psalm 90:12 says “teach us to number our days.” Each day provides another precious opportunity to walk with Christ, but could also be our last opportunity to share Christ with someone else.

A Prayer for Today, Tomorrow, and Always

El Olam...Everlasting God...You are Lord of all time and space. James said our lives are like a mist. Teach us to treasure them, not for their own worth but as gifts from You. Show us how to use them to Your glory and for your purposes. Keep our eyes on the greatest prize—eternity in Heaven with Christ. Help us to point the lost to this prize also. We love You Lord, today, tomorrow, and always. Amen.

Tomorrow can seem like a long time from now. I say this as a wife with an unbelieving spouse. I say this as one whose friends are variously out of work, adjusting to treatment for mental illness, or awaiting the results of blood tests and x-rays. The tomorrow we hope for seems so important, but it’s the tomorrow God has promised that matters most—and it has been established.

Nothing can interfere with the Lord’s plans, and those plans include all believers being raised to new life with Christ.

Candice Lucey loves Christ and writing about His promises brings her much pleasure. She lives in the mountains of BC, Canada with her family.

This content first appeared on Crosswalk.com and is used here with permission. To view the original visit: https://www.crosswalk.com/faith/bible-study/why-believing-tomorrow-is-not-promised-is-essential-to-faith.html

Could God Really Love Someone Like Me? - Your Daily Bible Verse - July 12