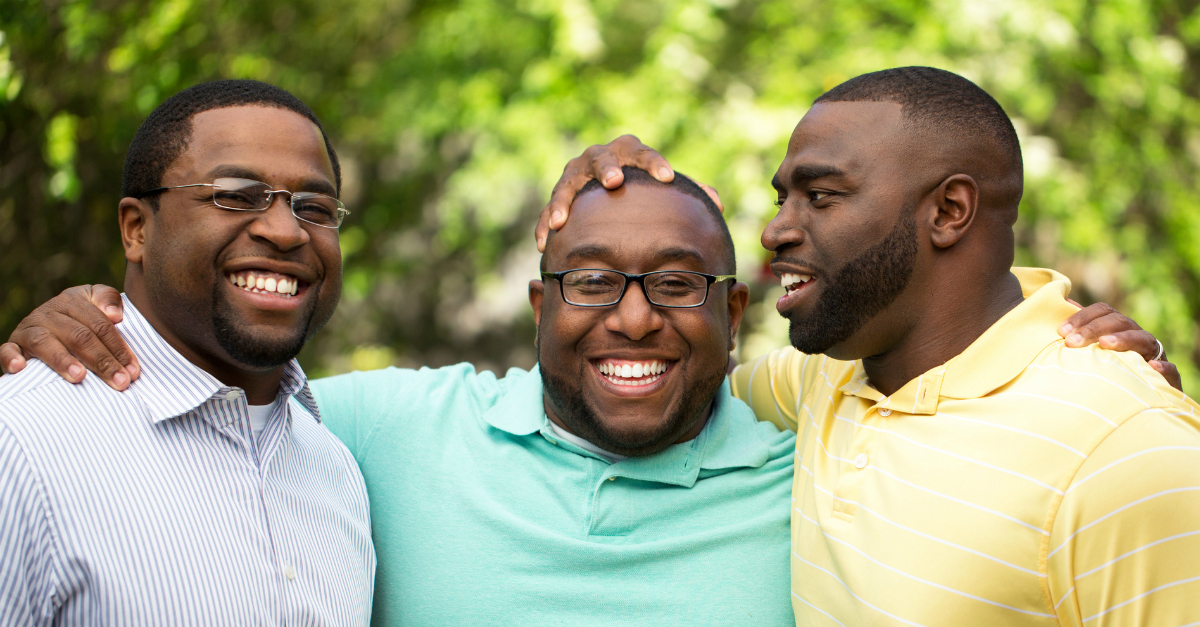 Raise your hand if you’re the kid brother or sister in a large family.

If so, you have been given an insight into this teaching of the Lord that most people miss altogether.

Now, in our family, Mom and Dad had four sons and two daughters. I was the number three son, born between sisters Patricia and Carolyn. Ron was (still is) the eldest and Charlie was the youngest. (Charlie died in 2006 and Glenn in 2014.)

Growing up, since he was the eldest in our large household, Ron took the role of the assistant father. Whether Dad established that rule or not and whether the rest of us liked it or not, when Dad was not around, Ron called the shots.

Once when we were small, some relative came to our house and gave each of us a nickel. By nightfall, Ron had all the nickels. He’d traded or cajoled or something to corner the market on McKeever nickels.

As the baby of the family, little Charlie caught the brunt of everything. He wore the hand-me-downs and had little say in family decisions.

I still smile at this exchange between Ron and Charlie when they were something like 15 and 6, respectively. Ron called out, “Charlie! Come here.” The little kid reluctantly came near.

The child, wise to the ways of his big brother, said, “What you want me to do?”

I recall laughing out loud at that. I would have been 10 at the time and already appreciated a snappy comeback.

Leaders Are Called to Be Servants

Jesus said, “If you want to be greatest in the kingdom, be as the little brother.” They get the bad jobs. They are last to get a place at the table. They wear the castoff clothing of the others. They have no power, insist on no rights, and take what they can get.

John MacArthur writes, “This is an apparent reference to the washing of their (the disciples’) feet. Christ Himself had modeled such servitude throughout His ministry.”

Scholars say washing the feet of invited guests fell to the lowliest servant who was almost always a non-Jew. So, for the Lord Jesus to stoop to washing the feet of the disciples (John 13:1) highly offended them. But it demonstrated vividly the kind of leadership Jesus was calling for and setting as the standard.

I am not, however, willing to relegate this teaching to only one phase of the Christian life and ministry. The Lord was emphasizing—as He did again and again in other ways and other places—the importance of His disciples adopting different standards from the world. There would be no royal disciples, no preachers in palaces, no regal robes and Rolexes for followers of the Man of Galilee. Instead, we are to:

Not dominate by force of our personality nor elevation of our position.

Not assume more authority than we have been granted.

We Are All Called to Honor

Now, the other side of that coin is that no one is commanded to treat you as the little brother. We are commanded to honor our leaders and to give them “double honor,” to submit to their leadership and follow them. (I Timothy 5:17; Hebrews 13:17; and other places).

The servant parable of Luke 17:7-10, unique to Luke (and clearly underappreciated by church people through the ages as so little has been said of this valuable teaching), establishes that when the Lord’s faithful disciples “have done all that was commanded of you”—that is, have obeyed the teaching of Jesus fully—we are to say to ourselves and of ourselves, “I am only an unworthy servant; just doing my duty.”

We cannot emphasize too strongly that this parable does not teach:

2) that we are ever to say this to one another. “About your sermon today, preacher? You are an unworthy servant, just doing your job!” Absolutely not! Far to the contrary. Paul said, “Submit to such, and to everyone who works and labors with us...They have refreshed my spirit and yours. Therefore acknowledge such men” (1 Corinthians 16:16, 1 Corinthians 16:18).

But this should be our attitude toward ourselves. As the youngest, weakest, most undeserving person in the room, I will look for ways serve. I will not expect to be catered to or honored or elected to positions placing me above others. I will have the sweet attitude of a helpful servant who wants only to bless others. And I will not look to those I serve for my reward, for recognition, for appreciation. Pastors, take note!

Why should you and I be any different?

I’ll tell you what would happen. No one would know.

He would empower your teachings and affirm your ministry as never before.

The ego is a cruel, harsh thing. It will not go away quietly. It feeds off degrees on your wall and titles of honor from admirers or sycophants. You must continually be driving a stake through its heart and nailing that sucker to the wall.

And about the time you thought the ego was dead and gone, and you had finally achieved Christlike humility, the knock at the door reminds you of the old Poltergeist movie line.

This content first appeared on Crosswalk.com and is used here with permission. To view the original visit: https://www.crosswalk.com/blogs/joe-mckeever/why-church-leaders-should-be-the-kid-brother.html

What Are You Drunk On? - Crosswalk the Devotional - August 4

The Holy Spirit had been poured out at Pentecost, and I've always found it fascinating that its effects could be mistaken for less holier spirits.