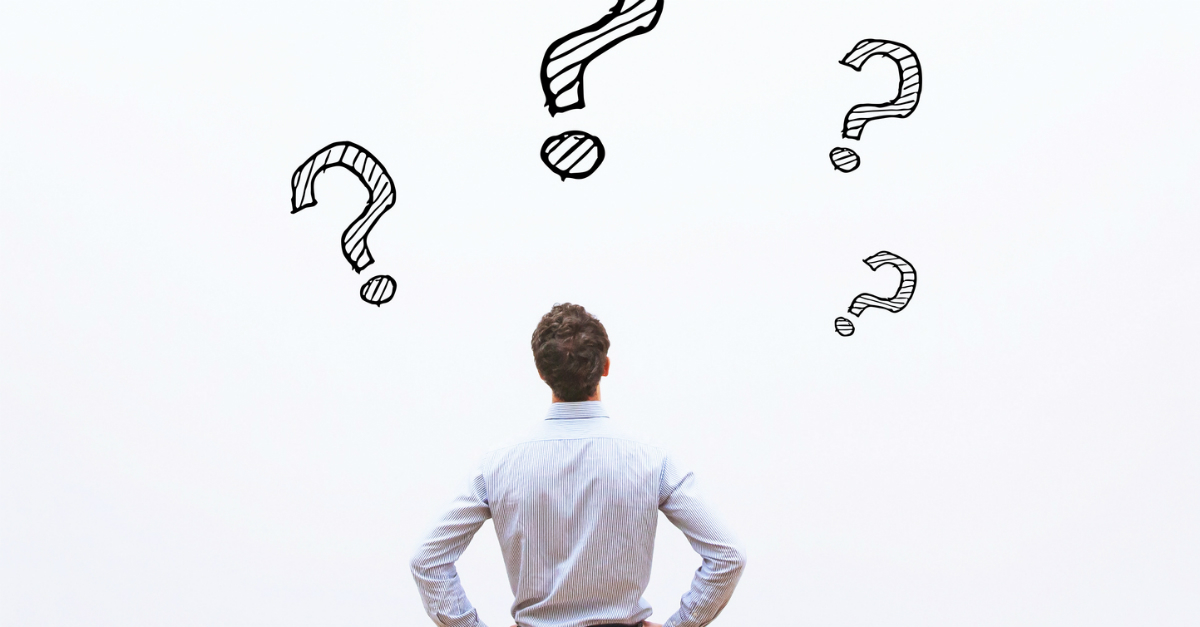 Can you unfry an egg? Then, after being saved–genuinely forgiven and accepted and transformed by the Holy Spirit of God into something far different from what you were, more than any hen’s egg ever dreamed possible–you cannot undo it.

Once saved, always saved. To say otherwise, and to preach it, might be something akin to insulting the Holy Spirit.

It might be. Certainly, it’s worth giving this some serious thought.

My friend and her husband have been visiting around, trying to find the church where the Lord wants them. She sent me a message. “We found a great church that we really like in a lot of ways. But we found out they believe a person can lose his salvation. That troubles us.” She asked me to remind her what Scripture says on this subject of "once saved, always saved". I was glad to do so.

1:  What are some primary scriptures teaching the security of believers and being "once saved always saved"?

John 10:28-29 is as solid as one could ever ask for. For that matter, so is John 3:16. In fact, every scripture that calls our salvation “eternal” or “everlasting” is making this claim, that salvation is forever and cannot be undone, that enternal security happens the moments we accept Jesus Christ. (For us to say, “Well, it’s eternal so long as I keep up my end of the bargain” is insulting to the Lord.)

But there are plenty of others which speak of the eternal and lasting nature of the salvation we have in Christ. Some of these are….

Luke 10:20 – Disciples should not focus their thanksgiving on variable blessings (like results, numbers, baptisms, etc) since they are inconsistent, present sometimes and absent at other times, but should rejoice in this, “that your names are written in heaven.” Jesus clearly thought salvation was secure and unvarying, not dependent on anything external, and thus was everlasting. (I suspect it upsets Him to see how little people value what He achieved on Calvary, to think it’s a temporary situation won or lost by our doings.)

Ephesians 1:13 – Believers were “sealed in Him with the Holy Spirit of promise.” If that’s not eternal security, it’s nothing. He has literally made believers “tamper-proof.” How good is that!

Ephesians 2:8-9 – Everyone agrees that this teaches salvation is not of works, but of faith. The funny thing, however, is that some will turn around and teach that, while good works cannot get us saved, bad ones can undo the Lord’s salvation. Interesting logic. I suspect they’ve just not thought this matter through. If that’s the case, then we are indeed saved by our works.

The entire Epistle to the Hebrews addresses this in numerous places. For instance, Jesus is a better priest and a superior sacrifice than under the former system because while those priests were forever slaughtering sacrificial animals, “through His own blood, He entered the holy place one for all, having obtained eternal salvation” (9:12). One for all. One time for all time. Once saved, always saved.

The priests of the temple had no chairs because their work was never done. “But He, having offered one sacrifice for all time, sat down at the right hand of God….” (10:12). “For by one offering He has perfected for all time those who are sanctified” (10:14). And then, after saying in 10:17 that our sins would be remembered no more, Scripture says, “Now where there is forgiveness of these things, there is no longer any offering for sin.” Get it? No more offering because there’s no need. Once saved, forever safe.

2: What about Hebrews 6:4-6? Doesn’t that teach one can lose his salvation?

I was listening to a television broadcast in which teachers in a certain denomination were spouting their flawed doctrine in answer to rigged questions (purported to have been called in by listeners). Someone phoned asking about Hebrews 6:4-6. The teacher said, “This passage teaches it’s possible to lose your salvation.” And he went on to other subjects.

Not so fast, friend. That scripture states that something is impossible. “In the case of (certain things), then if they have fallen away, it is impossible to renew them again to repentance.” See that?

I grant you that it’s not an easy text for any of us, regardless of the position you take on this issue. If you believe, as I do, that the Bible presents salvation as an irrevocable gift from God which cannot be undone, then you have to admit this passage at least teaches the possibility of “falling away.” I answer that a) it does not say someone has done that, only that “if” they did, so the writer is posing a theoretical situation; and b) “if” they did fall away, getting them saved the second time is impossible. For that to happen, it would be necessary for Christ to return to the cross and die all over again.

Interesting that the television teacher’s denomination, which teaches one can lose his salvation and get it back, lose it again and regain it, does not baptize the person each time he/she “gets saved” again. And yet they teach baptism is an essential part of salvation. Anyone looking for consistency in many denominations’ doctrines will be endlessly frustrated.

3: Is there any place in Scripture that flat-out teaches about some saved person losing his salvation?

I know of none. In fact, when the Apostle John spoke of people who had departed from the faith, he said, “they went out from us because they were not of us” (I John 2:19). He adds, “If they had been of us, they would have remained with us.”

They were never truly saved in the first place. That’s what he’s saying.

4: Is there Old Testament support for "once saved always saved" and allusions to the security of believer?

The best one I know concerns the priesthood. When a man became a priest, he was given a ceremonial bath. From head to toe, he was drenched. He stood there, passively “taking it.” However, the process was never repeated. From then on, every time he arrived at the tabernacle (and later the temple) to do his priestly work, on entering he went first to the laver (wash basin) and washed his hands and sometimes his feet. No one did it to him; he did it himself.

This is a picture of believers–in Christ we are priests of God (I Peter 2:9)–receiving salvation as a gift from God, through no works of our own. We stand there and take it. Thereafter, we never need to be saved again. However, each day of our lives, on our own initiative we come to Him and receive the daily cleansing as we pray, confess, and recommit ourselves.

See Exodus 40:12-15 for the initial washing of Aaron and his sons, and then 40:32 for the daily hand-washing. I cannot take credit for this. Woodrow Flynn, the man who preached the ordination sermon for Billy Graham, spoke to our seminary class one day in the 1960s and shared this insight with us. I think it’s pure gold.

5: Why then do some entire denominations (and a lot of wonderful pastors and churches) teach the possibility of losing one’s salvation?

I’ll give you my opinion. I think it just makes sense to think, “Hey, I came in on my own and I can walk out on my own.” It’s all about free will. It just seems it would be this way.

For instance, we look around at people who once were faithful church members and now are living in big-time sin, and it seems logical to think they’re no longer saved. However, applying that test–concluding that what seems logical must be so–would also lead us to a doctrine of works salvation. It seems logical to the average person that good people go to heaven and bad people to hell.

This is why Scripture says “The natural man does not receive the things of the Spirit of God” (I Corinthians 2:14). They are foolishness to him.

My wife’s step-grandmother, a devoted Catholic if ever there was one, said, “Joe, don’t you think when we stand before the Lord, He will add up our good works on one side and put our bad works on the other and if the good outweighs the bad, we’re in?” All over her apartment, Grandma Ethel had pictures and images of Jesus on the cross. I gently asked, “What do you think the point of the cross was all about?” She recited the proper words–”He died for our sins”–but the meaning of that seemed not to be able to penetrate the mind of this one who had spent a lifetime believing in works salvation. (Was Ethel saved or not? I vote for “saved.” We are not saved by proper doctrine, but by faith in the Lord Jesus Christ.)

6: Are people who get this wrong bad people? Or do good people disagree on it?

Clearly, there are (you will understand the expression) good people on both sides of this issue. And yet both cannot be right. We are not calling “the other side” bad people or saying they are ignorant. We love the brethren. We believe they are mistaken because they choose to discount some of the great teachings of Scripture for the simple reason that “it doesn’t seem right to me.”

7: Are there other reasons for believing in the security of believers and factually stating "once saved always saved"?

Let me give you two that mean a lot to me.

First. Scripture teaches that the saved are “sons of God” and “children of God.” (See John 1:12, Romans 8:16; and I John 3:10.) Now, if we can have salvation and become God’s children, then lose salvation because of what we did or did not do, and thus are no longer God’s children, it’s a terrible metaphor the Lord chose to use. And yet Scripture uses it repeatedly. (See 2 Corinthians 6:18 and Galatians 4:7.)

Or should we believe that God will have sons and daughters in hell?

My wife and I have three adult children. We love them dearly, but as they were growing up each one gave us their share of headaches and worries. We spent sleepless nights worrying about them and praying relentlessly. They went through periods of rebellion against us and God (and came through it, thankfully). At no point did they cease being our children. Once my child, always my child.

Second. When we come to Christ and are genuinely saved, something happens at that moment which is divine, life-changing, eternal, and irreversible. We become children of the Heavenly Father, our names are written in the Book of Life, our sins are forgiven, the Holy Spirit indwells us, and nothing is ever the same again. This is why one cannot walk out the way he walked in. From this moment on, he/she is not the same person. In Christ, we are “new creations” (2 Corinthians 5:17).

I hope this helps. It does not answer every objection, of course. Huge books would be required to do that. But it’s important to emphasize this is not (as some accuse) a man-made doctrine to give sinning church members carte blanche to come and go and they please and still go to heaven. Far from it.

God is the judge and not us. We see through a glass darkly, the same way we do everything else. We see doctrine through that darkened glass also, and no doubt get some things wrong. Let us always come with humility to these matters of eternal significance. And let us pull back from the foolish who have all the answers and tolerate no dissent. Help us, Lord.

This content first appeared on Crosswalk.com and is used here with permission. To view the original visit: https://www.crosswalk.com/blogs/joe-mckeever/7-questions-about-once-saved-always-saved.html

The Practices of Maturity - In Touch - July 31/August 1