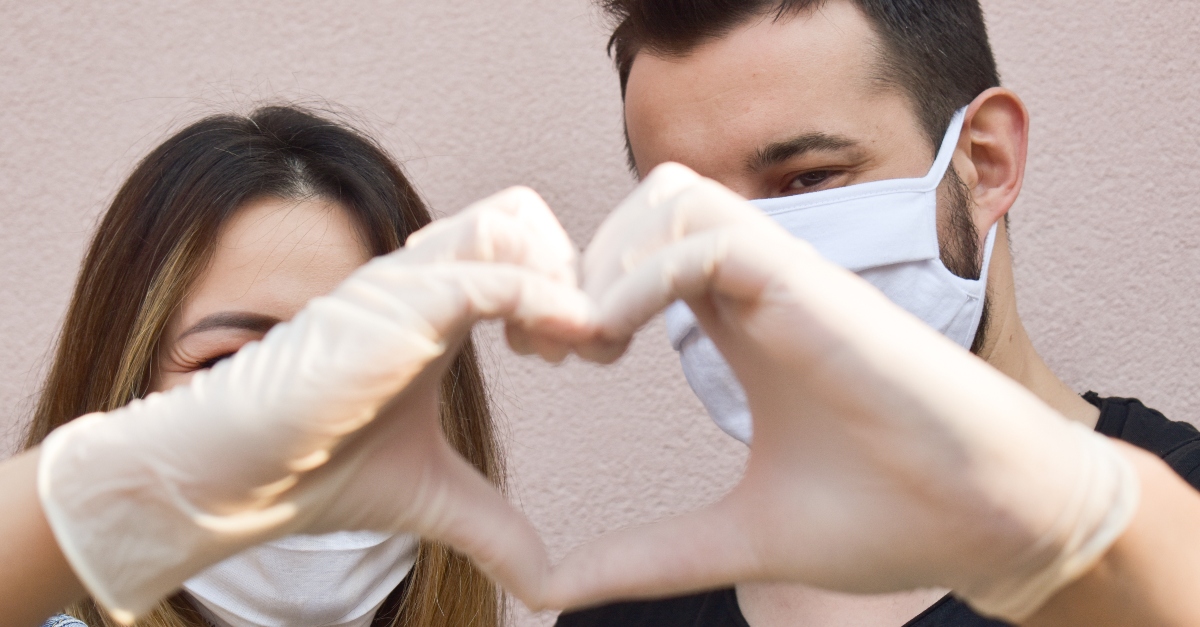 The opinion page cartoon from the U.K. was telling: a series of iconic statues from around the world, from Christ the Redeemer in Brazil to Michelangelo’s David, all wearing face masks with the caption, “We’re all in it together.”

Except for the final statue, the Statue of Liberty, which, while masked, had an American leaning out of the top of her crown shouting, “Except it imposes on my personal freedom!” 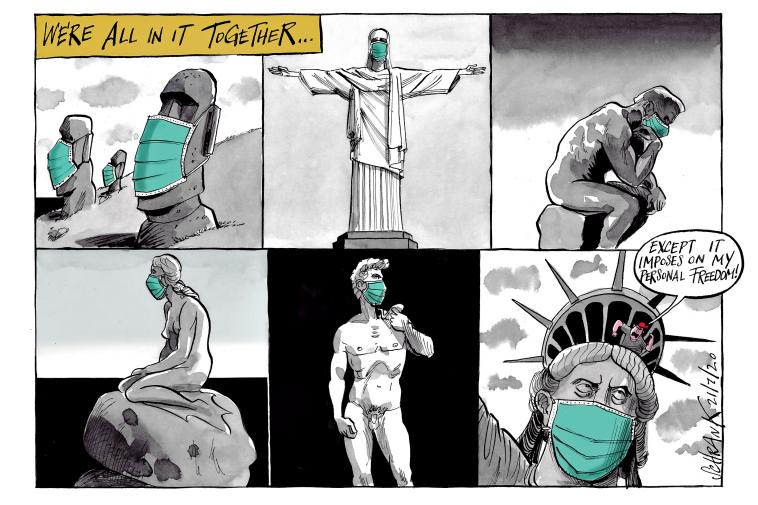 People in other countries are genuinely dumbfounded by our “mask” divide. To have something as basic as wearing a mask in the midst of a pandemic in order to control its spread become a partisan issue is confusing to many Americans as well. Why is there such a belligerent attitude toward wearing a mask in public in the name of public health?

The answer that is often given is the defense of personal freedom. Yes, it is often coupled with the distrust of government, doctors, hospitals, pharmaceutical companies and all things “deep state.” But the heart of the Facebook/Instagram/Twitter rebellion is freedom.

Might I humbly submit something to consider? What would it mean to put thinking ahead of feeling, public service before personal freedom, and Christ before ourselves? Particularly in light of three very important truths.

While there may have been confusing, conflicting reports early on during the outbreak, there is now growing evidence that facemasks help reduce the transmission of droplets. As reported in the Wall Street Journal:

“Face masks are emerging as one of the most powerful weapons to fight the novel coronavirus, with growing evidence that facial coverings help prevent transmission—even if an infected wearer is in close contact with others. Robert Redfield, director of the Centers for Disease Control and Prevention, said he believes the pandemic could be brought under control over the next four to eight weeks if ‘we could get everybody to wear a mask right now.’”

Individual freedom ends where the safety and well-being of another begins. We think nothing of collectively restricting the freedom of someone smoking a cigarette in an enclosed public space due to the dangers of second-hand smoke. That is a clear limitation of personal freedom for the safety and health of others. Yes, you have the freedom to smoke. No, you don’t have the freedom to harm others in the process. Wearing a mask never killed anyone; not wearing one just might.

Finally, the Christian Faith Has Clear Commands Regarding Interaction With Others

This has been brought into a fresh application in the midst of a pandemic. Commands such as doing to others as we would have done to us and countless other “death to self for the sake of another’s well-being” charges. Could it be that wearing a mask in public settings where social distancing isn’t possible, or in enclosed places where the risk of spread runs higher, is simply a matter of loving our neighbor, or taking a bowl of water and a towel and washing their feet?

I don’t like wearing a mask, but when asked to do so, when it would serve others to do so, I do.

We’re in a pandemic and wearing a mask is arguably—short of a vaccine—the most important weapon we have.

We’re in a pandemic and my personal freedom ends where the needs of public health begin.

We’re in a pandemic, and it’s one of the clearest, easiest ways to show the love of Jesus to others.

James Emery White is the founding and senior pastor of Mecklenburg Community Church in Charlotte, NC, and the ranked adjunct professor of theology and culture at Gordon-Conwell Theological Seminary, where he also served as their fourth president. His newest book, Christianity for People Who Aren’t Christians: Uncommon Answers to Common Questions, is now available on Amazon or at your favorite bookseller. To enjoy a free subscription to the Church & Culture blog, visit ChurchAndCulture.org, where you can view past blogs in our archive and read the latest church and culture news from around the world. Follow Dr. White on Twitter, Facebook and Instagram.

This content first appeared on Crosswalk.com and is used here with permission. To view the original visit: https://www.crosswalk.com/blogs/dr-james-emery-white/faith-freedom-and-face-masks.html

Do You Pray? - Crosswalk the Devotional - September 24

The more we seek God out in prayer, the more our hearts are aligned with what God desires for us and we become holier men and women in the process.